Summer of 1974. I was a little child, not exactly aware of the things going on around me. That evening, I was watching TV along with my entire family. But this was an evening not alike the other ones. Agony and fear was evident on the faces of everyone. On windows and doors were hanging black curtains. Nobody was walking outside. A lady, friend of ours, had stayed over in our house. She wouldn’t dare return to her place.

Every time I tried to talk they would stop me abruptly. I couldn’t understand why. Until the landing of an airplane was shown on TV. A ladder was brought close and the door opened. A tall, proud gentleman appeared on the top. I remember my mother tearing. “He’s here finally”, she whispered. A little later this man was making a speech. Even when seated, he was the same impressive.

A short while passed and this man appeared on a balcony, speaking and waving to people who were cheering. His name was Karamanlis and everybody was talking about him. They said he brought ‘Democracy’ to our country. I was not sure who this Democracy was. Nor where she had been lost to. But I knew that nobody would be afraid to walk in the street, at last, and nobody would be talking about war anymore.

October 18, 1981. I am on a train with my mother. We are returning from Patra where she had to cast her vote. We are travelling standing up for the entire trip. No seats available. The train makes repeated stops. Cars, crowds of people, loud horns, too much fuss. “CHANGE”, everybody shouts, “DEMOCRACY, PEOPLE CANNOT FORGET WHAT RIGHT-WING MEANS”. Banners and posters showing a corn-fed, almost bald man. His name was Papandreou. They said he brought Democracy. I didn’t say anything but I thought she must have been lost again. Maybe it was our fault because we couldn’t manage to hold her; maybe she got out and lost her way. I wouldn’t know. I just kept looking around.

And the years passed by. And I grew up and finally understood. For long I was hearing slogans and watching disputes. “Come and take the lead!” one side, “Get lost!” the other side. “Traitors, collaborationists!” one side, “Communists, thieves!” the other side. Governments kept rising and falling and people kept cheering. And so the gatherings went on, buses carrying people, Syntagma Square packed. Long lines at the political offices. To grab a job, take a loan, ask to be transferred, ask to be detached from the boundaries of Greece to Athens. “Lost chances, debts, scorched land, this is what we received”, they all said.  Scandals, special Courts, cooperation governments, universal governments, Katsikis, Mitsotakis and Papandreou again. And later, when Karamanlis and Papandreou left this world, others took charge. And the stock market went sky-high and all became rich. “Sample of a prospering society”, said the prime minister of that time. His name was Simitis. He looked small, but he won the elections twice.

Years went by. Another Karamanlis and another Papandreou took charge… Olympic Games were conducted, Soccer European Championship and Eurovision were won, and we all together, proud for our country went out in the streets to sing «Let the dances last for ever…» And all countries were talking about the “Greek miracle”. Such a small country to achieve so many great things! Everybody wanted to come and stay in Greece, work, become Greeks and raise their children on this land.

April, 2012. I’m old now. I look around me and feel sad. “Economic crisis”, they all say. Poverty and hunger. Daily suicides, properties lost, houses and cars sold for a song. Our country has gone bankrupt. And still continues to borrow. We cannot even pay salaries and pensions, maintain an army, hospitals and schools. “We have saved you”, they say on the one hand, “You have doomed us” they say on the other.  “We would have been sinking, had we not been here” one side says; “We would have been saved without you” the other party goes. “You are going to destroy us” one party says; “We are the ones to save you” the other party goes. “You have been stealing the country, we haven’t” one party says; “You are the real thieves” the other party goes. And no one is anymore proud for             our country. No one wants to be here. Everybody is looking for a job in other countries. Politicians and clericals go to jail for misuse and fraud. And they are declaring innocent; no one is to blame. At the same time all these, politicians, government or non government people, are owners of large properties. Money in foreign countries, real estate, companies. And they owned nothing of these back in ’74… And in a few days we are going to elections again. And the same people are asking for our votes once again. They want to save us once again, they say. They want to lead us out of the dead end, to make us a country proud, independent and democratic, once again… 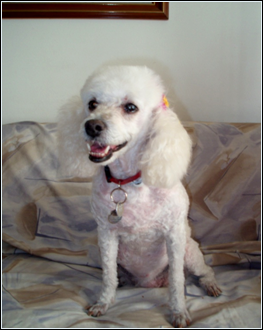 ‘LUCKY’, Memories Of a Life