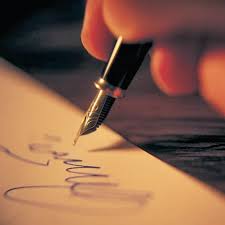 That evening, Panayiotis made her his for the first time. And as his lips were touching her lips and his body was struggling with hers, his last was not quenched, but rather became stronger. He felt like rough sea bursting against rocks only to come back more furious. The flame that kept burning him for so long now, instead of dying down, suddenly grew hotter, in no time, scorching every inch of his body and soul. Alas! He saw it clearly himself, this was not something he could ever escape from, not in this life. It was beyond his power. As he was kissing her virgin neck, agony reflected so evident in his eyes that Vaso was startled. This man, her man now, indeed felt so great things about her and she was never going to be able to return. Nevertheless, she left herself in his able hands to live her first night with him, putting all the passion she could afford into it. But this passion was not enough for Panayiotis. And when the first light of the day found them exhausted, one into the other’s arms, Panayiotis whispered to her “even though you became mine, you are not mine”. And if my eyes ever caught that you looked at another man or that another man looked at you, I will first kill you and then kill myself…

The cortege moved slowly up Maratou Street towards Anthoupoli’s Graveyard. The coffin was carried by the brothers of the deceased, his mother following at the back along with the crowd, relatives and friends. Alexandra was at the head of the cortege, almost imperious looking. A few small, unstable steps here and there and her waxen face, at moments betrayed what was really going on inside her.

Vaso was long waiting at her doorstep. As soon as she saw the cortege, she turned to her sister, Nikolitsa, and said to her: “Give me your jacket, from the coat hanger”. “You should come inside, what you are about to do is not right at all”, her sister answered. “Look, I don’t care if it is right; I am going to wear that jacket!” She reached after it, grabbed her sister’s red jacket by herself, put it on, took out a red varnish she found in a pocket, stood on the doorstep and began dyeing her nails slowly and showily. Nikolitsa started pulling her by the arm trying to get her in the house. “Are you insane, Vaso? It was your husband after all, what if you got separated? Come inside, you are making a fool of yourself”. “Oh, Death, the happiness you are giving me today, the sorrow you are taking away!” was Vasos’ reply, getting into a fury, planting her feet on the floor, for everyone to see her rejoicing. Indeed they did saw her. And into her eyes they saw the untamed hate for Panayiotis, a hate that was still there even after his death! Had there not been so many people, his brothers would have attacked her and killed her! They only whispered swears, as they walked slowly, gnashing their teeth… For her, this cortege was her triumph, her justice; such happiness she would never meet again and she would not exchange for anything.

When they reached the cemetery, the priest read some final words over the dead man and his brothers lifted the coffin and gently put it in its grave. At that moment, and that was the only moment, Alexandra looked like she had lost her strength, her legs bended and she collapsed. Perhaps it was then when she realized that her beloved son was gone, never to be seen again. Perhaps because she understood, finally, that, with our written fate, we are not entitled to interfere, and if we do interfere, the price will be too high, too painful and lasting forever!

Today I got to visit Mario

Human limits and dogs. The impact of human behaviour to the behaviour of dogs

This day many years ago…