Two months already, from the day she was told of her child’s illness. She lost the ground beneath her feet! She might have been expected anything… but not this one. She could accept her own death; besides, she was old enough now… she had lived her own life, so to speak. But she could not accept the thought thather son was dying, couldn’t believe that! She was not expected this one and naturally rejected it. At first, she reacted calmly. As calmly as she could manage, that is. She waited for the tests to be verified and struggling with her agony started to ask the same questions, again and again. ‘How’ and ‘Why’ and ‘What is going to happen now?’ There was no cure; she had no doubts about that. But, perhaps he might be able to go on and live… How much time was left? And how was he going to live? And how dangerous was he for the people around him? And how dangerous were people for him? As the days went by, she found it more and more difficult to accept it. It was something completely out of the blue. What if the relatives found out? What are they going to say? Not to mention her husband, first of all! He would probably want to kill Panagiotis! It wasn’t like he didn’t love him… It was just… this kind of illness was so much of an onus for both her and her husband to take. At first she advised Panagiotis to tell nothing to anyone. Every time she was alone with him, always avoiding getting close and touching him, she started shouting to him and assaulting him. More and more intensely, every day. She was angrily looking for someone to blame. To find someone to take this responsibility. Find a cause. Something, at last, to vent her spleen on. Day by day, became clearer now, her dreams for her only son collapsed. She was collapsing as well.

So, when Panagiotis decided to make this trip, seeking for a miracle, she acclaimed that. At least she wasn’t going to see him for a few days. Perhaps he would return a healthy man, who knows… Anyway, she was going to need some peace herself, too. She had had enough trying to hide things from her husband. And certainly she would pretend no more, her strength and courage had abandoned her.

He left on a Maundy Thursday, at noon. She wished him a bon voyage and a Happy Easter and asked him to call her as soon as he reached his destination. She now was alone and the house looked empty like never before. She felt like she had no help from anywhere. She desperate needed some kind of support now. Instinctively, she lit a cigarette. Her eyes misted over for yet one more time. These last days, she had the worst feeling ever. She watched him getting skinnier as he had stopped eating. She knew it, she felt it, he soon was going to die. Dead at the age of 30! No. This can’t be happening. She was expecting to see him raising children; she wanted to feel the happiness of pampering her grandchildren, like she pampered him, when he was a child. At least, if he was going to die, she wished he died suddenly and fast. It would be much easier this way, than watching him withering away, day after day. What was she going to say to the world? How was she going to hide such an illness?

She felt like she had stopped breathing. Stubbed out her cigarette hastily, put on a jacket and rushed in the street. Soon her steps led her to the nearby church. She hadn’t been in a church for years. She was a believer but she almost never attended services. Perhaps out of fear, or negligence maybe. She went close to the icon of Virgin Mary, made a cross, bowed and sat aside. She stayed there staring the icon with grieving eyes. And then she burst into tears. She was sobbing endlessly; crying her eyes down so deeply and redeeming at the same time. She cried for quite a lot of time. She asked forgiveness for her own sins and asked Her grace for her child’s salvation. She went back the next day. This time she didn’t cry. She bowed and prayed with all the power of her soul. “Help us my Lady, help my child, let him live and I promise to come to Your house and house of Your child, worship you and light two large candles for you”.

Holy Saturday dawned. She was long in deep sleep now, her eyelids heavy. She had been needing this sleep after a long insomnia and many sleepless nights. And then, into the deepness of her sleep, she dreamed that she was in Jerusalem, in the Holy Yard. She passed the great double door, turned left and stood before the Holy Sepulchre. Two very tall men in white were guarding the door. She turned her back and entered in the temple of the Resurrection. The whole space was empty. Only in front of the temple she saw a woman dressed in black, leaning, praying. She approached and then the woman stood up slowly, turned her face and smiled. She knew this face! She is… she jumped from her sleep all of a flutter. Outside it was just breaking. Her husband was snoring beside her. She got up and went to the icon stand. Raised the vigil light close to the face in the image of the Virgin. Yes, it was Her she saw in her sleep! She made her cross. She got out on the balcony and looked at the stars in the sky. For the first time after a very long time a feeling of hope was born in her heart. She remembered every step she made in the dream. It was very strange. She had never been there, nor had ever watched anything similar on TV; she wouldn’t know the look of the space. She thought that she could later watch the TV broadcast on the ceremony of the Holy Fire. Bit her lips. Panagiotis had made no contact all day. Something bad happened to him? She tried to get rid of such thoughts. This dream was a good dream. If it only would come true! She didn’t mind if she died right afterwards!

She came in the house and began doing her household. The works of the household were keeping her busy all this time. When it was midday she stopped all works and sat in front of the TV. The broadcasting from Jerusalem began and she then saw the Holy Sepulchre and the temple of Resurrection. Now she was sure that these were exactly the same pictures as they had appeared in her dream, a few hours ago. The moment the Patriarch came out holding the candles in his hands and blessing the crowd, the phone rang. She reached for it in agony. And then, in the middle of the sound of the bells and the cries of people she heard her child speaking to her through his mobile: “Christ is risen, mother. Many Happy returns!” His eyes were wet but his voice was happy. She held back her tears and wished to him too. This was the first time, after a long period, that he spoke to her in happiness. Their communication was short. Now the hope that had been nesting in her heart became greater. When the evening came, she combed her hair, put on her good dress, a little make up on her face, and holding her husband by the hand walked to the church. When they reached there, he looked at her, smiled and said to her:

– It’s been a long time since I’ve last seen you smiling.

– The truth is I really get tired doing the house on holidays.

– And this is our first Easter ever that Panagiotis isn’t celebrating with us.

– It’s alright, he is old enough now, and it’s time for him to live his own live.

After they sang “Christ is risen” along with the people, they wished to each other, they kissed and got back home.

Time went by and the day when Panagiotis was expected to return finally reached. A few days only he was absent but he came back totally different. He was sunny, happy and he had put on some weight! The next day he went to the hospital for the scheduled tests. He was still happy despite the strong medicines administered by the doctors and their side effects.

Four years passed. Panagiotis went on with his life. He was so well that nobody could have imagined how severe his illness had been. She, on her side, stopped assaulting him and avoiding touching him. It was as though fear had no place in her heart now. When she was able to afford the costs it was her turn to travel to Jerusalem and fulfill her promise. It was the second time in her life that she cried, when she reached the tomb of the Virgin. And again she asked for her grace, her heart more thankful than ever.

This day many years ago… 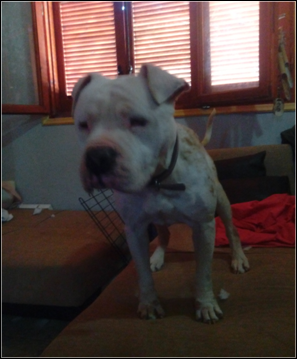 Today I got to visit Mario